Wood selection takes several days. I usually set out several candidates to study, to determine which pieces fit my mental image of the finished instrument. This is a time for “making friends” with the pieces that will be part of my working life during construction. 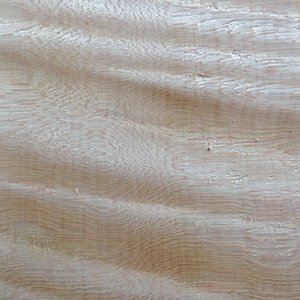 Maple is used for the back, ribs (the sides), and scroll and contributes to the visual beauty of the instrument. I prefer maple with wide flames, narrow, fine grain, and fairly light weight. I use mostly Red Maple and Oregon Bigleaf Maple.

Spruce, which is used for the top, has significant acoustic implications. I look for spruce with a surface reflection that is silky, shiny, and almost sparkly. For over two decades, I’ve used Englemann Spruce exclusively.

Once I have selected the wood, I take up the maple and decide the slant of the flames in the wood for the instrument. The grain and flames vary greatly from one maple to another. Generally, I orient the flames on the instrument’s back ascending from the center joint. For the ribs, I often reverse the flames in the middle ribs from the directions of the grain of upper and lower ribs. This reverses the light reflection on the sides to enhance the visual interest. 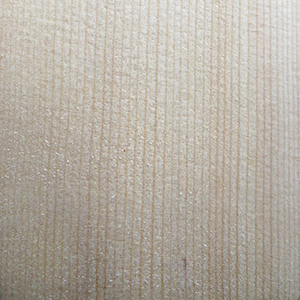 Spruce selection is crucial to the “voice” of the instrument. With its straight grain, spruce may seem less glamorous to the uninitiated than maple with its flamed or curly grain. Precisely because the distinctions are subtle, I find spruce highly intriguing. I look for strong, well articulated grain, wood that is not too soft, and very light weight. With spruce, I consider the tap tone. I tap the wood and listen to the tone’s clarity, to the ringing of the tone, and to the duration of the ringing. Thus, I base my choice of spruce on the player’s needs and tonal requirements.

I use predominantly American wood. The best maple in North America comes from many elevations and climates in Oregon, Washington, Canada, Michigan, and Minnesota. Spruce for instruments grows at higher elevations in conifer forests of the west coast from California to Alaska, in the Rocky Mountains, and in the Appalachians. Englemann Spruce is becoming increasingly scarce because of clear-cut logging practices.